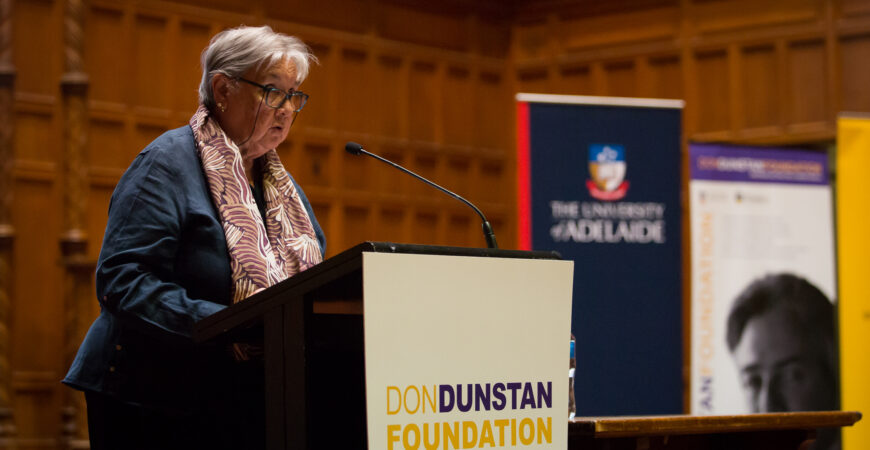 The Oration is held each year in Reconciliation Week and began in 2007 marking the 40th anniversary of the historic Australian Referendum in 1967. Subsequently each orator has been chosen by Dr O’Donoghue to reflect on issues effecting First Nations people of Australia. This year’s oration was a timely insight into the development of the Uluru Statement from the Heart and powerful call to action in support of the opportunities it offers our nation.

Importantly she was one of the participants in the First Nations National Constitutional Convention and an author of the Uluru statement. She chose as the title for her oration, Continuing the Story: Resolving the Issues that Won’t Go Away.

Ms Anderson reminded us that “the challenge is the same, and the story is the same” with respect to the enduring call for true representation of First Nations people and making this, through a voice to Parliament enshrined in the Constitution, a permanent part of the life of our nation. Demonstrating this, Ms Anderson took us back to Dr O’Donoghue’s seminal National Press Club address in 1997, in which Dr O’Donoghue reflected on the progress since the 1967 Referendum and made a call for representation, echoing the campaign of William Cooper in the 1930s.

Informed by her roles as Co-Chair of the Referendum Council, the regional dialogues, and the First Nations National Constitutional Convention at Uluru – which resulted in the Uluru Statement from the Heart – Ms Anderson offered her unique perspective and powerful insights into the unchanging issues and the roadmap for resolving them: representation, treaty, and truth-telling.

Finally, Ms Anderson called upon Australians to take steps towards positive change by looking at what could be, and by recognising the accumulated knowledge of First Nations people in caring for community and country.

She identified a range of misunderstandings, and concerns within the broader community and was able to provide eloquent and persuasive perspectives to the 450 in attendance and joining the event remotely. 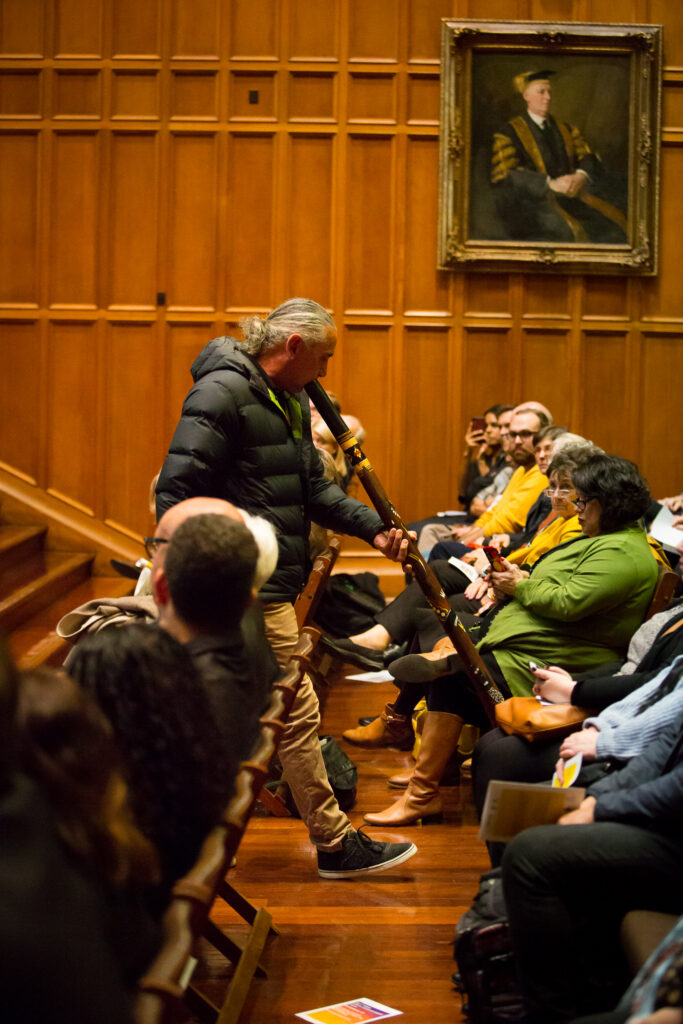 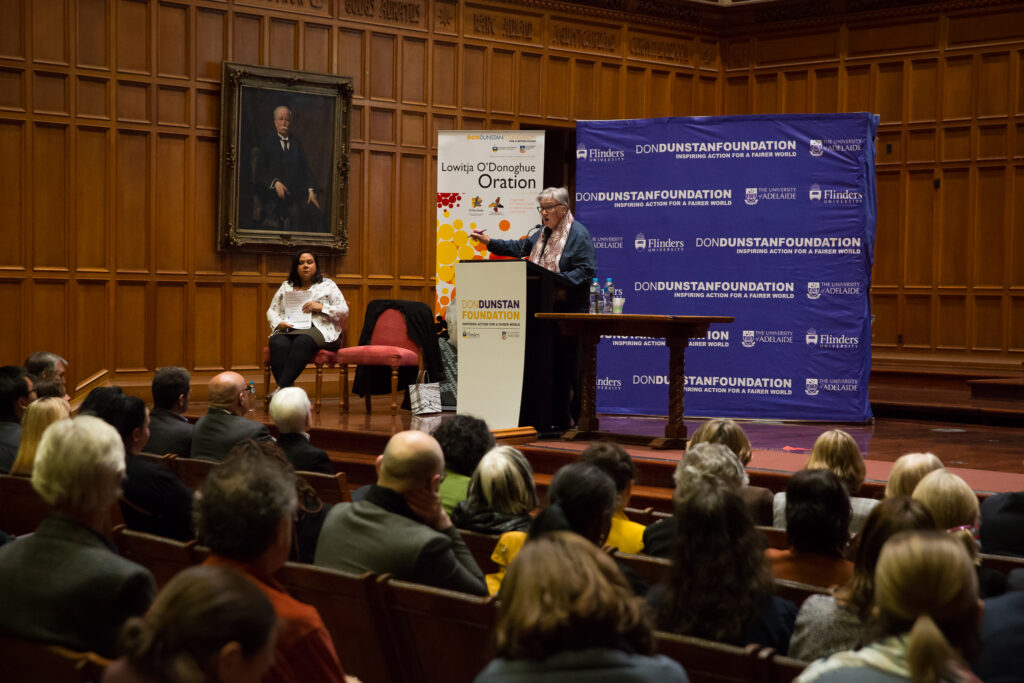 The Hon Rev Dr Lynn Arnold, AO, Director and Patron of the Don Dunstan Foundation, giving the Vote of Thanks. Toni Minniecon, leading the audience in the communal singing of the Freedom Songs.

The Foundation would like to thank Reconciliation SA, The University of Adelaide and Flinders University for co-presenting the Lowitja O’Donoghue Oration, and to Origin Energy Australia, BHP and the Aboriginal Affairs and Reconciliation division within the Department of Premier and Cabinet, for supporting tonight’s event.