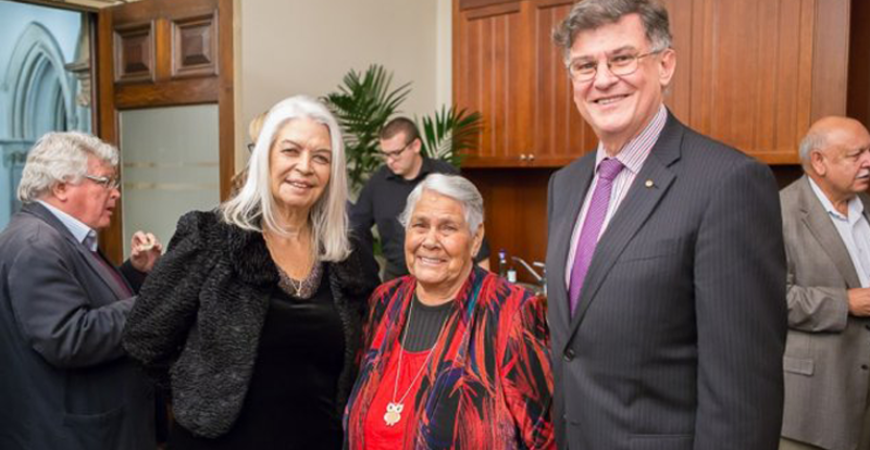 Freedom Songs: The Unfinished Business of the 1967 Referendum

Our constitutional reform dilemma: to win or to delay?

Professor Marcia Langton AM PhD Macq U, BA (Hons) ANU, FASSA is an anthropologist and geographer, and holds the Foundation Chair of Australian Indigenous Studies at the University of Melbourne. She has produced a large body of knowledge in the areas of political and legal anthropology, Indigenous agreements and engagement with the minerals industry, and Indigenous culture and art.

Her role in the Prime Minister and Cabinet sponsored Empowered Communities project, as member of the Expert Panel on Constitutional Recognition of Indigenous Australians and the Forrest Review is a recent demonstration of Professor Langton’s academic reputation, policy commitment and impact, alongside her role as a prominent public intellectual (e.g. her 2012 Boyer lectures titled ‘The Quiet Revolution: Indigenous People and the Resources Boom’), and her influence and reputation in government and private sector circles. In the private sector Professor Langton serves on a number of boards, including as Chairperson of Guma ICRG JV Pty Ltd, as a director of Indigenous Construction Resource Group Pty Ltd, and as a Co-Chair of Cape York Partnership. Professor Langton has been awarded BA (Hons) from the Australian National University and a PhD from Macquarie University. She is a Fellow of Trinity College, Melbourne, a Fellow of the Academy of Social Sciences of Australia, and a member of the Australian Institute of Aboriginal and Torres Strait Islander Studies.