The Don Dunstan Foundation has today announced the appointment of Ritchie Hollands as its next Executive Director to further build on the legacy of former South Australian Premier Don Dunstan.

Previously the Official Secretary to South Australia’s Governor Hieu Van Le, Mr Hollands’ career spans 20 years with roles in the executive, judicial and parliamentary arms of Government in both Adelaide and Canberra.

Mr Hollands says it’s an exciting time to be joining the Don Dunstan Foundation, which is driving community awareness and influencing change on important social issues. 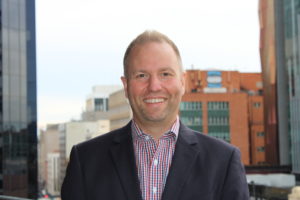 “I’m really looking forward to contributing to the continued success of the Foundation, while drawing on my professional experience in government as well as my volunteer roles in the social sector,”

Mr Hollands is the current President of the Australian Refugee Association, and has served as an Ambassador for the White Ribbon Campaign seeking to eliminate violence against women.

“I’ve long been an admirer of Don Dunstan’s decisive leadership and courageous vision for South Australia, and I’m delighted to have the opportunity to support his legacy.”

The Don Dunstan Foundation’s Chairperson, the Honourable Reverend Dr Lynn Arnold AO welcomes Mr Hollands to the important role of leading the Foundation and says the area of focus remains paying tribute to the narrative-changing role played by Don Dunstan during his lifetime.

This includes cultural diversity, freedom of individuals to control their lives, distribution of global wealth, democratic and inclusive forms of governance, respect for fundamental human rights as well as indigenous people and protection of their rights.

Mr Hollands will commence the role in September and replaces David Pearson who will finish up at the Foundation during the same month.

“I would also like to thank Mr Pearson for his outstanding contribution to the Don Dunstan Foundation including his work on new programs such as the Adelaide Zero Project – aiming to end street homelessness in the inner city and the Thinkers in Residence program – attracting world experts to urgently address local social challenges. I wish him every success in his future endeavours,” Dr Arnold says.