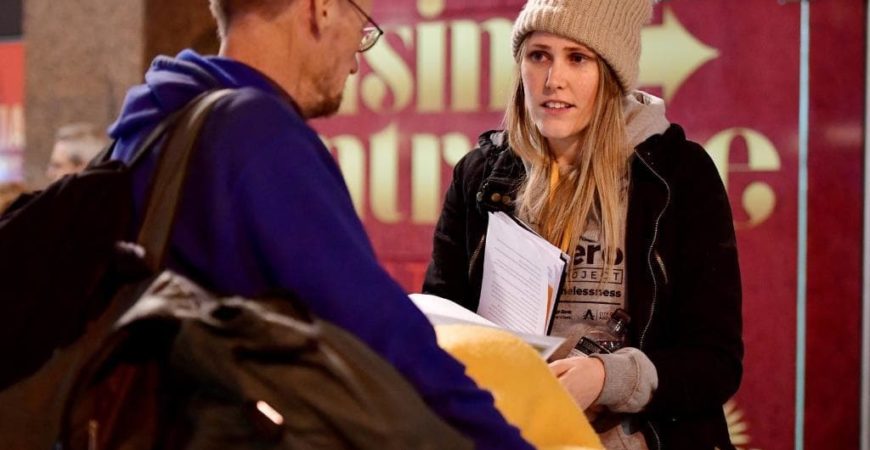 ONE in three people sleeping rough in Adelaide has been living on the streets for more than two years, according to a new study.

The disturbing plight of the homeless has been revealed in a comprehensive audit by the Adelaide Zero Project, which aims to eliminate street homelessness by 2020.

Data showed 143 people were sleeping rough in the CBD — an 18 per cent increase compared with the 121 recorded in the 2016 Australian Bureau of Statistics Census.

Could this Australian city end homelessness? 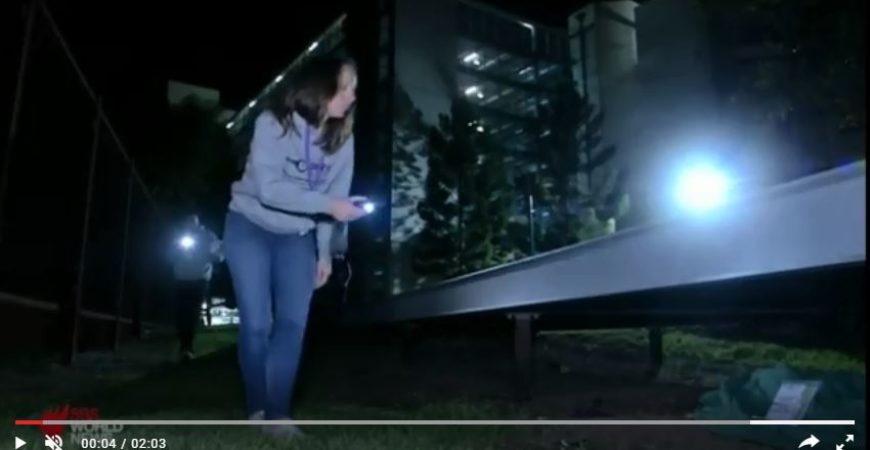 More than 30 organisations have joined together to end homelessness in Adelaide by 2020. It’s a cold autumn night in Adelaide’s CBD, and dozens of volunteers have spread out across the city.

They’re checking in parks, under bridges and around abandoned buildings for signs of people sleeping rough. 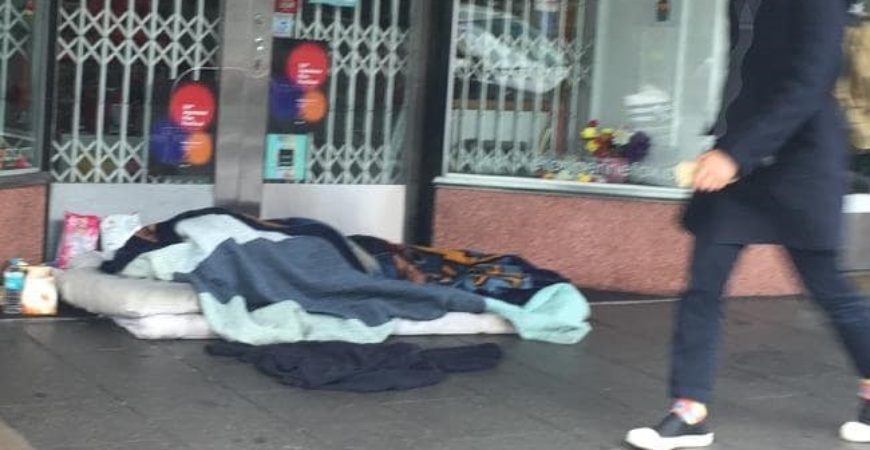 ROUGH sleepers would disappear from Adelaide streets within two years under a new plan to tackle homelessness in the city.

Hundreds of volunteers will hit the streets from tonight to collate information and form a database of every person sleeping rough in and around the CBD.

Adelaide is the first city outside the US to launch the “Zero Project”, which aims to find housing for every rough sleeper.

The project, which is being supported by the Don Dunstan Foundation, works to ensure the supply of housing and support services meets the level of demand. Information collected over the next two nights will help organisers match homeless people to services appropriate to their needs.

It comes as frontline homelessness agencies in South Australia are facing spikes in demand for services, prompting calls for a co-ordinated response to address the issue.

Co-chair of the Adelaide Zero Project Reverend Peter Sandeman said the first step was to find out who was sleeping rough and what their needs were.

“We can end street homelessness in Adelaide and demonstrate that to the rest of the state,” Mr Sandeman said.

“No one wants to sleep rough. There are as many reasons for people becoming homeless as there are homeless people.

“But there are cohorts that can be identified that drop out of safe, secure accommodation through a combination of illness and circumstances.”

Mr Sandeman said the project would need a co-ordinated response from governments, businesses and the community sector to succeed

How Adelaide plans to reach ‘zero homelessness’ within two years

South Australia might be in the middle of a state election campaign, but the business of making a positive impact for the community hasn’t stopped. A coalition of more than 30 organisations including three SA government departments and the City of Adelaide have agreed on an implementation plan to tackle the city’s homelessness.

The Implementation Plan, signed today by politicians of all stripes, has an ambitious target: functional zero homelessness by 2020.

About 120 people are sleeping rough on any given night in Adelaide’s CBD.

How the plan was hatched

A movement, coordinated by the Don Dunstan Foundation, has been building in Adelaide to be the first city outside the United States to commit to implementing a program called Project Zero. The program has been implemented in 75 US communities, and of those, seven have achieved functional zero homelessness for veterans, and three communities for chronically homeless people. Adelaide City councillors have unanimously agreed to spend just under $150,000 towards a US-modelled approach to achieve “functional zero homelessness” in the inner city.

The Adelaide Zero Project, run by Adelaide-based think-tank the Don Dunstan Foundation, aims to ensure the number of people sleeping rough on any given night matches the amount of secure accommodation available.

At last night’s council meeting, councillors carried a unanimous motion to enter into a partnership with the Don Dunstan Foundation.

The motion includes a total funding package of $148,625, to be spent over the next 18 months, which will be used to support the implementation of the Adelaide Zero Project, the Foundation’s “social capital” Thinkers in Residence program and the Adelaide Business Alliance to End Homelessness.

Adelaide earmarked to pilot bold US program to end homelessness 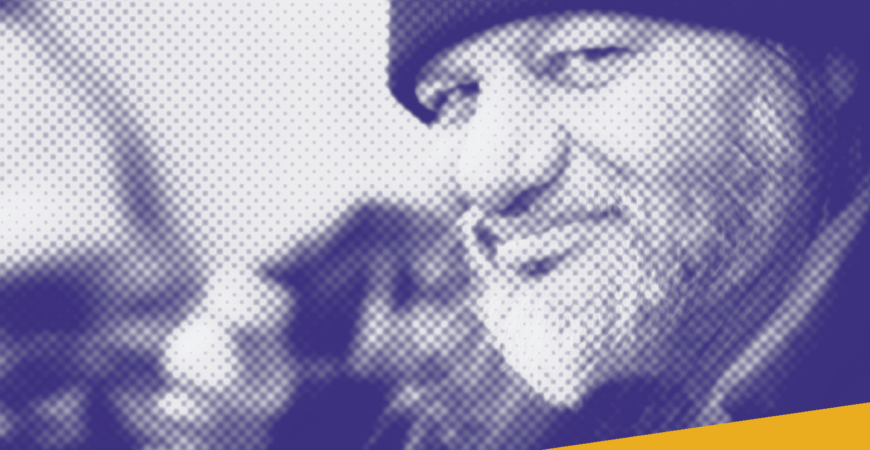 A broad coalition of organisations has come together to lead the charge for Adelaide to become the first city outside North America to implement an approach that has seen seven communities achieve Functional Zero* homelessness for veterans, and three communities for chronically homeless people.

“The Don Dunstan Foundation has a proud history of engaging with homelessness issues. We think that in 2017, Adelaide shouldn’t be seeking just to address street homelessness but to end it, just as other cities like Chicago, Detroit and New Orleans are seeking to do,” Foundation Executive Director David Pearson said.

“If we want to be a carbon neutral city, a smart city and a city of live music, then surely we can also be a city that provides a place to call home for our most vulnerable – those sleeping on the streets,” said Mr Pearson.

On any given night there are up to 120 people sleeping rough in the city which is something the Don Dunstan Foundation is keen to address.

The Adelaide Zero Project is modelled on an approach being implemented across a network of 75 US communities, and involves a coordinated, ongoing effort that aims to make service systems work better to match the need for housing with supply.

The Foundation is working with former Thinker in Residence, Roseanne Haggerty’s Community Solutions to bring this highly successful initiative to Adelaide.

Given its success, the head of Community Solutions’ international work, Jake Maguire is excited that the benefits of the program are being expanded to other countries.

“We’re proud to be working alongside the Don Dunstan Foundation with a view to making Adelaide the first Australian city committed to implementing this Functional Zero approach,” Mr Maguire said.

“The Zero Project has been incredibly successful in harnessing the resources of governments, the community service sector, and the development, housing and real estate industries, as well as with university researchers to achieve Functional Zero homelessness,” Mr Maguire said.

The Adelaide Zero Project has quickly attracted partners from the community, public and university sectors to work towards Functional Zero homelessness in Adelaide.

Bendigo Bank has proudly joined the Adelaide Zero Project as the Principal Partner. Working for the benefit of their customers and the community is an integral part of their business, State Manager SA/NT Joe Formichella explained.

“Our Bank has a long history of taking an active role in helping to build thriving, sustainable communities. Being Principal Partner for the Adelaide Zero Project is another example of our Bank’s commitment to addressing concerns by supporting projects and initiatives that matter most to local people,” said Mr Formichella.

“South Australia leads the nation in its response to homelessness and this project is yet another example of this,” she said.

“While we often focus on crisis accommodation, the Adelaide Zero Project will help to increase long-term solutions to homelessness.”

Lord Mayor Martin Haese said that the City of Adelaide was proud to support the project.

“The measure of any great city is the way in which we care for our most vulnerable. The City of Adelaide is proud to collaborate with our State Government and community partners to lead the way in achieving Functional Zero homelessness in Australia,” said Mr Haese.

The first phase of the Adelaide Zero Project is focused on understanding how the Functional Zero approach can be applied in Adelaide.

To do this, the Don Dunstan Foundation has commissioned a research project led by the University of Adelaide and Flinders University. Today marks the release of a Discussion Paper to kick-start a conversation on how Adelaide can reach the goal of functional zero street homelessness and when it could be achieved by.

Individuals or organisations wishing to be involved in the project are encouraged to contact the Don Dunstan Foundation via www.dunstan.org.au

Government of South Australia – Department for Communities and Social Inclusion

Government of South Australia – Department of the Premier and Cabinet

*Functional zero homelessness is reached when the number of people who are homeless in a city on any given night is no greater than the housing placement availability for that night. This focuses on the need for housing supply to match demand in the short term, and in the longer term, puts the focus on the support services being in place to help people sustain housing.