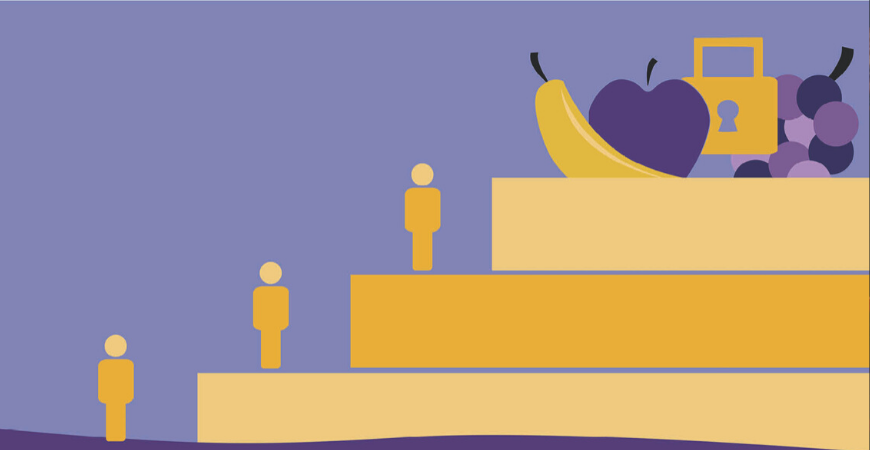 Mrs Broer said there had been a dramatic upsurge across Australia in demand for Meals on Wheels’ services. Not just from their traditional customers but also those who had previously been financially stable.

‘There were around two and a half times more people saying ‘I think I need Meals on Wheels’ in March,’ Mrs Broer said.

‘The tipping point was from the elderly who were independent; restaurants and cafes for those social meal activity settings were closed, so older people were challenged by the supermarket shelves.’

Mrs Broer said those who had income to fill out pantries couldn’t as food rationing was not implemented – and initially, online food shopping options were just as scarce.

‘We were able to get an extra 400 meals a day going out to support people, but with 76,000 Meals on Wheels people nationally, and half of them over 70, there was a huge increase in demand and a sudden depletion in the workforce,’ she said.

Food SA’s Catherine Sayer denied the state has, or had, a food security problem.

‘We’ve got 26 million in Australia and there’s enough food for 75 million; it’s not a food security problem – the issue is the supply chain,’ Ms Sayer said.

‘In SA, if the borders all closed, we could still feed ourselves many times over.’

‘If everyone was just behaving normally, the supply chain wouldn’t break; we can manage this situation,’ she said.

‘This is where I commend Greg Pattinson and Foodbank SA, where they organised a big food drive.’

Foodbank SA’s food drive in May – which focussed on the economically-impacted victims of the coronavirus – allowed panic buyers to drop off the items they overbought at Foodbank’s Edwardstown headquarters for those in need.

Mr Pattinson agreed the major strains on Australia’s food supply related to transport and distribution, but said South Aussies were better placed than others hit by the coronavirus.

‘The other states relied on the charity sector to pass on food to clients,’ he said.

‘During COVID, all those charities interstate closed; In WA, they couldn’t get food out to people.’

Foodbank SA has a growing number of food hubs to help the food-insecure shop for themselves, which Mr Pattinson said, like Meals on Wheels, is a more ‘dignified, customer-based’ method.

‘People can come and shop for themselves rather than getting a hamper, and having that choice helps people’s mental health,’ he said.

According to Mr Pattinson, there is a stigma around people seeing if they qualify for food insecurity services.

‘We’ve heard stories of people walking around the front of our hubs for two days before plucking up the courage to ask for help; it is a mentally challenging environment,’ he said.

‘There’s still lots of areas in SA with no charities to support and there are high unemployment rates in these country towns. We need to address the food needs of people in those small communities.

‘Don’t be afraid to ask for help.’

Did you miss out on the How to Foster Food Security in Uncertain Times webinar? You can watch the replay.

The Don Dunstan Foundation will present another web seminar: How to sing, dance, paint and play our way out of COVID-19 on Wednesday July 15. Tickets here.